The Gantt chart is undoubtedly one of the most important visual project management tools in Easy Project. See what's new in this brief change overview.

With the Gantt chart, you have a powerful planning tool in your hands, based on a visual overview (a bar chart) and a schedule of all tasks (issues) that belong either to a single given project or globally to all projects.

On the project level , the Gantt chart visualizes project tasks on a timeline and allows for their convenient planning – an essential tool for both simple and complex projects. Baselines, critical path, cash flow, resources, and even more tools can be displayed directly in the Gantt chart. You can also apply relations, create sub-tasks, and milestones.

On the global level , the Gantt chart allows you to work with the entire project tree including all associated tasks, milestones, relations, delays, etc. on a single screen. The key advantage is the elimination of chaotic switching between individual projects when working on multiple projects simultaneously.

Now, let's take a closer look at the most important changes in the latest version of the Gantt chart.

It is easier to catch the operational elements, such as start, due date, progress or relation creation. Even in the shorter tasks, you will better be able to catch the element you need to do your changes. We have also rounded edges to better separate tasks from each other especially when they have a similar duration.

It is quite a common situation that users create tasks manually with missing start or due date. Now in Gantt, you will notice these tasks at the first sight. Naturally, when you drag them in Gantt, both dates will then be set accordingly.

The unified tools menu and a new legend

Previously, the Tools menu was heterogenic, with some buttons using icons, others had toggler. Now, the buttons are unified with togglers. With the exception of Resource management, which not just a switch, but its own view with a different set of tools. A legend was also added into the info button next to the tools. 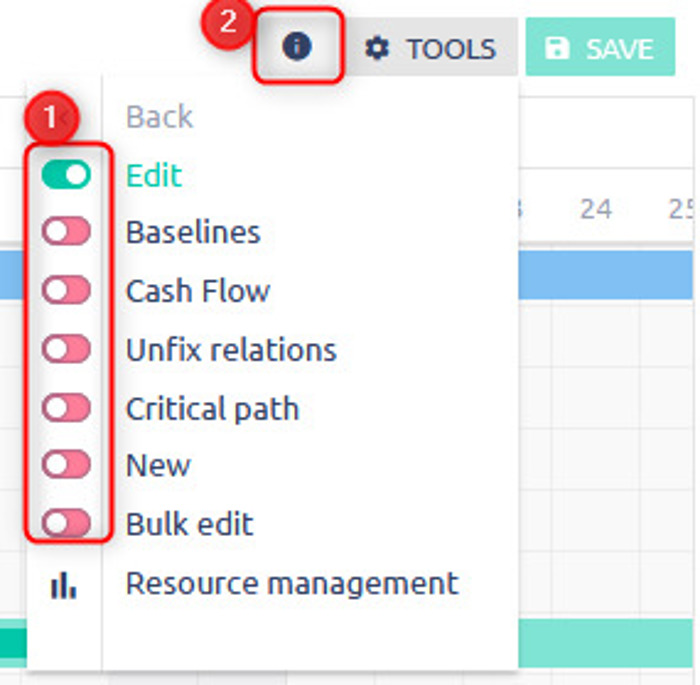 You may notice a softer grid in the background of the chart. For the project/task tree, we added navigation lines to help better trace the higher levels of each task. 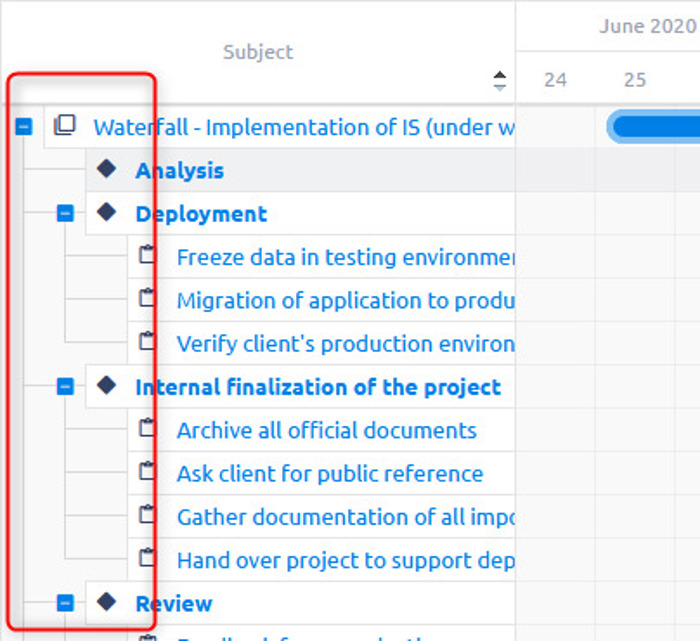 Unfortunately, having to balance between performance and ease of use, there was no way to ensure reliable functioning of the expand/collapse buttons that were previously above the project/task tree. The behavior of these buttons was technically logical, but from the user perspective unreliable.

The user's expectation, that on one click you could expand all data, becomes a major obstacle in larger projects, where there is simply too much data to be loaded at once in a graphical view with lots of functions. That is why rather than looking for a middle ground that doesn't satisfy the server and neither the user, we decided to remove the buttons. 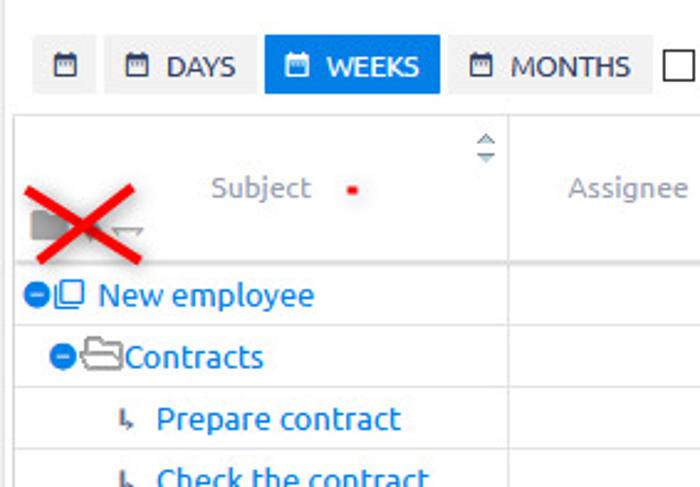 Tips, stories and news for easier project management. Once in a while in your inbox.